Ümit Eronat , Synthesis of Soundscapes Based on an Automatic Analysis of Auditory Imagery in Literary Texts

Abstract: Depicting an acoustic environment, in other words, designing a soundscape is beginning to gain remarkable attention recently; as it is used in quite several prominent areas, which include film and advertisement industries as well as game design. Production projects that involve such a task usually revolve around a tight schedule, necessitating a procedural approach. One contemporary approach to this issue is to have literary texts that can define essential components of soundscapes such as; the sound sources they embody, the acoustical properties, the causal relations between sound sources and their relative timing. This thesis is centered on the idea of both analyzing and synthesizing a sound scene from a given text, converting it to an intermediate description format to describe the soundscape in a computer-friendly format and by doing so allowing the ability to procedurally synthesize the composition of the depicted soundscape. The main aim of this project is to i) investigate the feasibility of natural language processing techniques in procedurally forming a rough description of a soundscape, and ii) developing a design guidance system for sound designers working in game projects. Essentially, it is to show a proof of concept and to demonstrate the feasibility of synthesizing a soundscape from a given literary text containing auditory imagery. 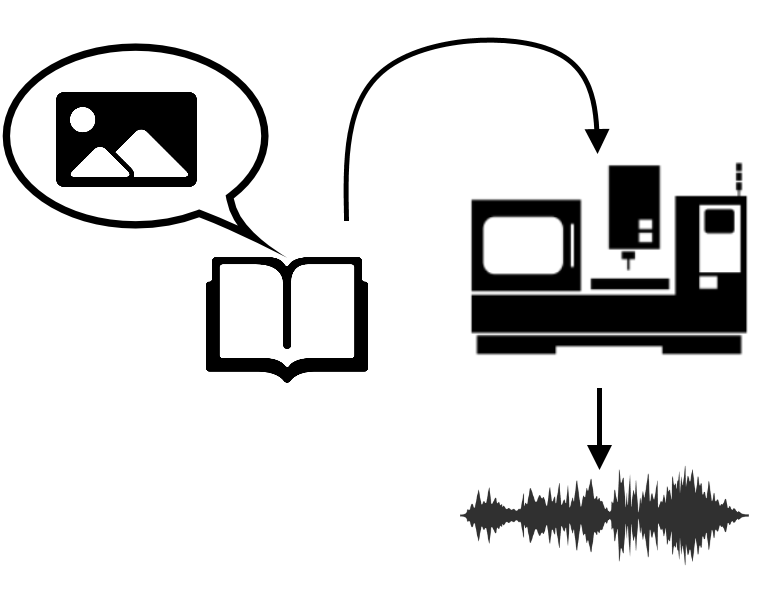